Anyone with arthritis can tell you it’s debilitating … which is a nice way of saying you are now living a new “normal”. That means you can’t move like you once could, you have a constant pain of varying degrees and most certainly upon movement, and your joints just don’t allow you to do many of the things you once enjoyed. In spite of this, however, we can find natural ways of coping – and yes – even improving some of the symptoms.

Arthritis involves inflammation of the tissues that line your joints and other body structures and involves a substance called fibrin. Fibrin is an insoluble protein that acts as a first responder to body injury which rushes to the site of injury. Shaped like long threads, each molecule interlaces to form a mesh-like barrier around the wound which is critical for trapping red blood cells and platelets necessary for clot formation. In a normal scenario, once the wound heals, the fibrin dissolves and life continues. However, if this normal dissolution process is interrupted by age or illness, then inflammation, pain, and joint damage occur.

Now if you happen to be under 27 years of age (according to Dr. Max Wolfe of Columbia University), you should have sufficient proteolytic enzymes to break down the collected fibrin. These enzymes dramatically decrease with age until the age of 50 at which point there is a substantial increase in inflammation due to fibrin production and proteolytic enzyme deficiency.

The focus of this review will be specifically on natural treatments for hand arthritis, although what we discuss can be applied to arthritis in general.

WHAT KIND OF ARTHRITIS AFFECTS THE HANDS?

These following types two are the most common that affect the hands of the over 100 different types of arthritis:

Osteoarthritis: As part of our natural aging process the protective cartilage in the hands which allows the many bones in your hand to move smoothly is worn causing inflammation, swelling, and pain. This type is the most common.
Basal joint arthritis: A type of osteoarthritis caused when cartilage wears away in the joint at the base of the thumb using occurring in people who work with their hand performing repetitive gripping or pressing movements such as instrumentalists, pharmacists, massage therapists, hairdressers, etc.

Rheumatoid arthritis: An immune system dysfunction attacks and wears away at the lining of the joints between the small delicate bones in your hand and generally affects the joints on both hands.

We are all created uniquely. However, there do seem to be some common denominators in those suffering with hand arthritis.

Oral or topical medications, such as acetaminophen, aspirin, anti-inflammatory drugs called NSAIDs (Naproxen, Ibuprofen, Relafen) or COX-2 inhibitors (Celebrex – 2 others were pulled from the market in 2004/2005), prescription pain relievers, or pain-relieving gels are usually prescribed. Each has its own profile of adverse effects on the body. Steroid treatment with cortisone or prednisone is only prescribed temporarily.

Quite often the doctor will suggest a combination of treatments to control symptoms. When medications, physical therapy and self-care aren’t successful, steroid injections can relieve pain and swelling for several months.

If nonsurgical treatments are no longer effective, surgery may offer varying degrees of relief. 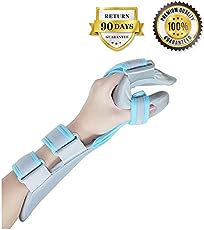 Having experienced all of the traditional treatments that could possibly be offered, including surgery, and having limited success I began searching for “what’s out there that’s better than this”. I refuse to greatly compromise or completely stop doing the things that give me the greatest joy!

Because as a population we have been conditioned to find our answers “in a bottle”, it is hard for us to refocus our attention from treating symptoms to finding natural alternatives to address the cause of problems associated with natural treatments for arthritis in the hands.

What About Glucosamine and Chondroitin?

Glucosamine and chondroitin sulfate are components of normal cartilage. In the body, they are the building blocks for cartilage and have been said to stimulate the body to make more cartilage.

Some studies on glucosame and chondroitin demonstrate a beneficial effect on osteoarthritis pain.  However, other studies including one done by the National Institutes of Health in a multicentered study called the Glucosamine/Chondroitin Arthritis Intervention Trial (GAIT), did not show benefit for the primary outcome of reducing pain; still yet another study also found that glucosamine did not slow down cartilage damage or reduce knee pain.

The National Institutes of Health say fibrin is a prominent feature of arthritis. Since fibrin and the decrease of enzymes that regulate the deposit of fibrin are at the heart of arthritis, we may wish to look at how we can increase proteolytic enzymes in the body.

The problem is not that we have no natural solutions…It’s that we actually have so MANY! Here are a few of the natural products available to us.

Other herbal and food items with dietary benefits include:

This list is by no means comprehensive, but I hope it piques your curiosity in finding other naturally occurring, easily available alternative treatments for hand arthritis and better health!

(NOTE: THIS IS PROVIDED AS STRICTLY INFORMATIONAL AND IS NOT TO BE PERCEIVED AS AN OPINION AS TO THE LEGALIZATION OF MARIJUANA OR CBD OIL NOR TO ENCOURAGE SUCH DISCUSSION. Thank you.)

In the spring of 2017, Congress introduced a new federal bill to reschedule marijuana and CBD as a schedule III substance, meaning CBD could be freely distributed for medical and research purposes. There is some confusion in the public regarding hemp oil, CBD oil and marijuana.

Here’s a quick analysis of the differences:

In the US, many companies have marketed products purportedly containing CBD and have been admonished by the FDA for making unsubstantiated health claims. It is important to note that In the United States, CBD is a Schedule I drug under the Controlled Substances Act. This means that production, distribution, and possession of CBD is illegal under federal law.

Although most states restrict the use of CBD products to certain medical conditions, manufacturers of CBD claim their products are derived from industrial hemp, and therefore legal for anyone to use. A number of these manufacturers ship CBD products to all 50 states, some containing 0% CBD! The federal government has made no effort to intervene to regulate these sales or assure that the products do in fact contain CBD. Therefore, caution in using CBD oil for relief of arthritis symptoms is advised.